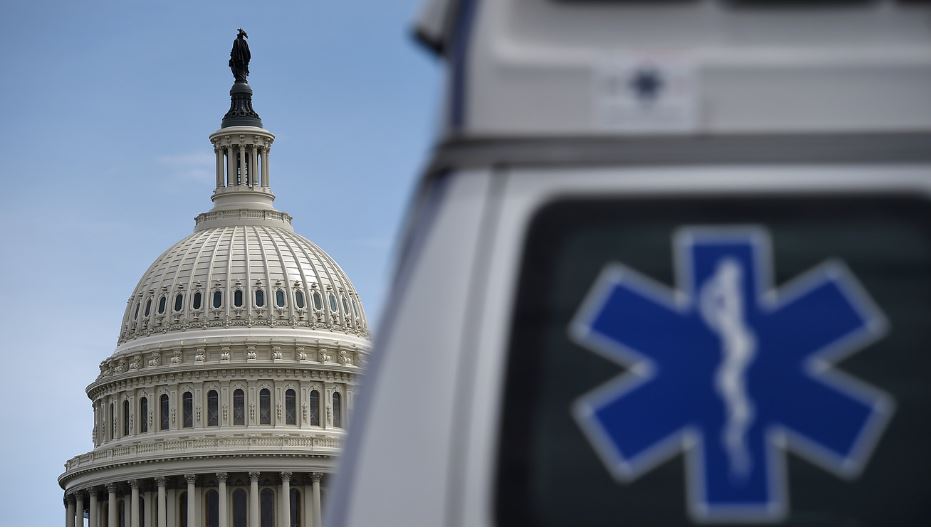 Checks for millions of Americans, a key part of the $2.2 trillion stimulus bill, have started to hit bank accounts.

That money can’t come soon enough for the more than 26 million people who are suddenly out of a job, and everyone else who’s worried about how to pay their bills, rent and withstand the coronavirus’ economic onslaught.

The Internal Revenue Service will send $1,200 payments to individuals with adjusted gross income below $75,000 and $2,400 to married couples filing taxes jointly who earn under $150,000. The government will also pay $500 per qualifying child.

Economic Impact Payments will be distributed automatically to most people, the IRS said. Approximately 88 million checks have been sent out thus far, according to the Treasury Department.

The IRS has launched a tracking tool called “Get My Payment.” The tool will give people an idea on when they can expect a deposit or a check in the mail, the IRS said. It will also tell users if the IRS needs more information, such as bank account information.

The “Get My Payment” tool went live on April 15. That date, up until last month, was the deadline for taxpayers to file their federal income taxes and pay any taxes owed. But Treasury Secretary Steven Mnuchin pushed the tax filing and payment deadline back to July 15 as one way to help taxpayers keep money on hand now.

Though 88 million checks have been sent out, that’s just over half of the number of people who are due to receive their checks. Here’s an estimated timetable, according to federal lawmakers, as of early April.

• The IRS will transmit the payments via direct deposit, using the banking information it has on file for taxpayers’ 2018 or 2019 tax returns, the timetable said.

That first wave will include Social Security recipients who filed tax returns and included direct deposit information on their returns, according to the House Ways and Means’ estimated timeline.

• The second wave will go to Social Security recipients who did not file 2018 or 2019 returns and receive their benefits through direct deposit.

• In early May, the IRS will start mailing paper checks to households, at a rate of 5 million per week. The paper checks will first go to the households with the lowest adjusted gross incomes, and continue upwards.

It could take up to 20 weeks to mail out all those checks, according to the House Ways and Means’ timetable.

The process could be delayed for several days because President Donald Trump wants his signature to appear on those paper checks, according to a Washington Post report. The Treasury Department told the Washington Post there wouldn’t be any delay as a result of adding Trump’s signature.

The CARES Act stimulus bill devotes $290 billion to the direct payments. The average payment will be $1,523 per household, according to calculations from the Tax Foundation, a right-leaning think tank.

It’s important the remember people are still eligible to receive a stimulus check even if they haven’t filed taxes. Someone might not file federal taxes if they make too little money to report to the IRS. For example, single filers earning below $12,200 last year, and married couples earning $24,400.

The stimulus payments will go to anyone who is a U.S. citizen or resident alien who has a valid Social Security number, could not be claimed as a dependent of another taxpayer, and meets the income requirements.

People who haven’t filed taxes can submit their bank account information to register for the payments. The link can be found here.

Most Social Security recipients do not need to file a return or provide extra information in order to receive their stimulus check, according to the IRS. Recipients who have qualifying children under age 17 and do not file a tax return have to provide their payment information via the IRS portal to get the $500 payment for every qualifying child, the IRS said.

As checks are about to hit accounts, law enforcement officials worry crooks are going to try to pounce.

The IRS will never call, text, email or reach out to consumer via social media to say it needs more information to process a payment. The same goes for banks and credit unions. Experts say those financial institutions won’t contact customers asking for sensitive banking information — because they already have it.