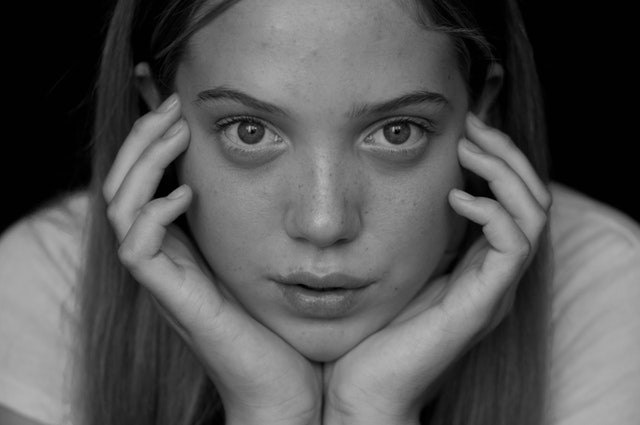 What an ugly word and a terrible feeling.

Guilt comes in all sorts of mutating forms before, during, and after divorce. We may feel guilty because of a specific/concrete action we have done, or, more likely, divorce guilt permeates our lives like a mist running through our bodies. It’s a general, lingering feeling that comes from a variety of factors—things that have nothing to do with us but nevertheless continue to threaten our happiness.

It is normal for many of us to feel like we are to blame for everything leading up to the end of our marriage.  Society certainly has not helped us break from that. Many of us were raised to say, “Sorry” for everything, even though something may not have been our fault. Culturally, we were taught that keeping the household and marriage successful without any mistakes was our responsibility, without so much a thought that it takes two people in a partnership to make a relationship work. And naturally, because there was a lot of pressure on us to be perfect and act a certain way, when the marriage unraveled, our reaction, was to blame ourselves for it.

But I’m here to tell you to knock that sh*t off.

If there’s only one thing I want you to remember in this upcoming How to Feel Better series, it’s the following:

In Order to Overcome Guilt, You Must Forgive Yourself.

Forgiveness is a beautiful thing. It’s a gift that we are usually generous in giving others at home, at work, at Starbucks when the barista screwed up our order for the third time this week, yet, for some reason, we don’t afford ourselves the same luxury. For some reason we think our actions, especially divorce-related ones, are somehow reprehensible and we feel like the worst people in the world for letting everybody down.

But you know what? The only person you have let down is yourself by not being kinder to you. You deserve to breathe, to dream big and plan for the future, to laugh again, to not be judged.

Accepting responsibility for your own shortcomings and working on them to avoid mistakes in the future is one thing. But constantly blaming yourself for things in the past 1) is neither helpful nor healthy and 2) doesn’t change a single thing.

So why not put that energy you spend on feeling bad about the past into something awesome as hell, like creating the good life you deserve and the chance to start over?

Forgiving yourself is challenging right now because you are looking at the divorce with warped vision. Right now, you are looking at it with 20/20 hindsight, where you have the luxury of picking your past self to pieces. And that’s just not fair.

I know what you’re thinking, because I went through that same personal hell during my divorce, too.

“But Martha…that’s easier said than done! I just feel so damn guilty all the time!”

And you know what? You’re going to until you let all that BS go and just be. Sure, you have made mistakes in the past. But who in the hell hasn’t? Remember that it takes two to tango in a marriage. You must accept that you did everything within your power at the time to make the marriage work. And even if you, for some reason, have still convinced yourself that you didn’t, the past cannot be changed anyway.

So, how do you forgive yourself, exactly?  I’m glad you asked.

How to Move on from your Guilt and Forgive Yourself: Reflections and Exercise

When a wave of guilt hits you, please remember this:

Guilt is a gray looming fortress—a mix of the Tower of London and Fort Knox, where you are trapped. But here’s the funny thing—all the doors are unlocked, there are no guards, and there’s no reason for you to stay there. So why not leave?

Guilt is your past holding you prisoner. It’s impossible to plan for the future if you keep holding yourself in the past.

The next time you are feeling guilty and are unsure of how to forgive yourself, ask yourself this one question:

“How will this guilt serve me in the future?”

Think long and hard about this question….

Oh, I see that you are drawing a blank space on answering it.

Gee, that might be because guilt DOES NOT serve you, so let it go.  Then do this next step.

Write down why you feel guilty. To get you started, I listed some of the thoughts running through my head when I was dealing with guilt.

Sound familiar?  Here’s what you need to understand about the words of guilt.

Guilt speaks the language of “maybe, should have, would have.” These are not action words—they are passive words that your guilt is using to make you create some picture-perfect false reality that doesn’t exist. It’s time to kick that language and those thoughts to the curb.

I feel guilty because maybe I should have suggested we go to couples therapy sooner.

The Forgiveness Mindset: We went to couples therapy when we thought we needed it, and did everything in our power at the time to fix it. You were brave to try it, and should not feel bad about any of that.

I feel guilty because maybe I should have brought up the fact that we weren’t communicating anymore.

The Forgiveness Mindset: It takes two people for a marriage to work and you were not responsible for both you and your husband. You did what you could with the strength you had at the time. Be proud of yourself for that.

Now it’s your turn! Write down the specific things that are making you feel guilty, then neutralize them with the compassion you deserve. Do this whenever the guilt sneaks up on you, and as long as you are mindful and consistent with this practice, you can keep the Guilt Monster at bay.

Martha Bodyfelt is a divorce recovery coach whose website "Surviving Your Split" shows women how to rebuild their confidence so they can move on with their lives. For your free instant download of the Divorce Goddess Recovery Guide, stop by the site!